Welcome To The World Of Radio Towers -- And Aviation Hazards 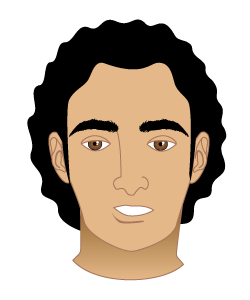 Hello everyone. Welcome to my site about running your own business. My name is Neil Gregory. When I was attending a local university, I wanted to learn all I could about local startup companies. From there, I developed a working knowledge of small and large company operations. I studied everything from small family-owned companies to large global corporations. I will talk about the different setups you can use while running your own business to help you get started. I will also share information about the tools and techniques that help businesses thrive in a competitive market. Thanks for visiting my site.

Welcome To The World Of Radio Towers -- And Aviation Hazards

Getting permission to erect a radio tower is just one of the steps you'll need to take if you want your region to have a stronger radio signal. Once you have the tower planned, however, you have several tasks to take care of both before and after it's been built. These steps ensure the safety of the tower as well as that of the planes and helicopters that might fly near it because tall radio towers can create a hazard, especially for light aircraft.

You Must Have FAA Clearance

Any antenna tower that's built in the United States must have clearance from the Federal Aviation Administration (FAA). The clearance verifies that the tower will not interfere with aircraft flying low over the area. Night flying is of particular concern, but daylight flights can encounter problems, too, such as on foggy days when a gray tower might blend in with the fog. The risk is that a plane or helicopter might scrape the top of the tower, causing damage to both the tower and the plane. While commercial jet flights are too high up to have much of a problem from antennas, light aircraft that tend to fly lower could potentially collide with a tower. Once the FAA says OK to the plans, then the Federal Communications Commission (FCC) gets involved and issues a construction permit based on the FAA clearance.

The FCC requires antenna towers to have specific markings and lights. The markings are usually in the form of stripes of reddish-orange and white paint; the towers often have blinking beacons on them, too. The beacons help pilots spot the towers at night and in fog, and the bright colors also make the towers more visible among trees and in mountainous areas.

Arrange for Regular Inspections of Beacons and Tower Condition

These beacons and the paint job both have to stay in great condition. After the tower has been built and painted, arrange for regular inspections to ensure that the beacon lights haven't burned out and that the paint hasn't been affected by dusty conditions (which could cover up the brightness of the paint).